Firstly, sorry for the lateness of this roundup of my Picture Book Challenge 2015. I wanted to squeeze in as many books read and reviewed as possible, but toward the end of December I was in a position where I just needed to catch up with myself. The one benefit of the delay in getting to publish this is that I was able to add three extra titles to my recommendations, but more on that later.

Let’s do this backwards, now I’ve already written about some: what do I call a picture book? That’s quite tricky. Ultimately I classed anything with roughly these criteria: a book where words and images are used in combination and images contribute as much as or more than any text. Also, where the subdivision of pages into panels is not the dominant form. I think maybe Footpath Flowers, on reflection, doesn’t meet this last point, but after including it at the time, I’m not going to deny it now.

Then, what am I judging these books on? Well, personal taste to be sure, but I have tried to qualify my criticisms (and praise) in terms of how each works as a narrative experience (or as an object). The Caldecott Medal (just announced for this year) and Greenaway Medal have the stated aim of upholding the best in picture book illustration, but my interest is in the whole book; illustration, writing, design, typography and the physical printed and bound entity you end up with in your hands. I don’t think you can pick or choose an element without acknowledging the whole, because it’s reductive to the very element you’re trying to single out.

To that end, here are my recommendations from 2015, with links to my original comments. Whether they succeed in graphic representation of abstract ideas, like Her Idea or Green Lizards vs Red Rectangles, use their stories as a frame from which to explore the picture plane like This is My Rock or Wanted! Ralfy Rabbit, or simply seek to tell a layered story with the finesse available to the medium, like Grandad’s Island, these are all whole and worthwhile experiences. (My two late editions appear in parentheses, and link to the authors’ websites.)

Footpath Flowers by Jon Arno Lawson & Sydney Smith
(Grandad's Island by Benji Davies)
Green Lizards vs Red Rectangles by Steve Antony
(GRRRR! by Rob Biddulph)
Her Idea by Rilla Alexander
How the Sun Got to Coco's House by Bob Graham
Is There a Dog in this Book? by Viviane Schwarz
It's A Groovy World, Alfredo! by Sean Taylor & Chris Garbutt
The Nonsense Show by Eric Carle
Please Mr Panda by Steve Antony
Poles Apart by Jeanne Willis and Jarvis
The Princess and the Pony by Kate Beaton
The Seeds of Friendship by Michael Foreman
Terry Perkins and his Upside Down Frown by Felix Massie
This is my Rock by David Lucas
Tough Guys (Have Feelings Too) by Keith Negley
Wanted! Ralfy Rabbit, Book Burglar by Emily MacKenzie
The Whopper by Rebecca Ashdown
The Zoomers' Handbook by Anna & Thiago de Moraes

Read those? Good. From here we move on to my favourite five books. These are ones not just created with great depth and skill, but that resonated most with me. You'll know the late addition when you come to it.

Favourites of the Year 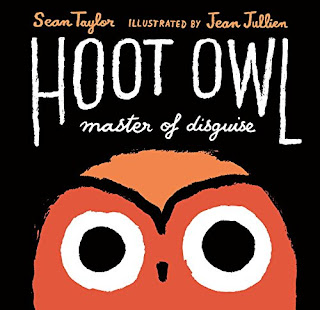 Hoot Owl, Master of Disguise by Sean Taylor & Jean Jullien
The best of marriages between text and image: Sean Taylor is inspired in the creation of Hoot Owl's off-kilter worldview and Jean Jullien executes gag after gag with astounding economy. Surprising, hilarious and intimately idiosyncratic. 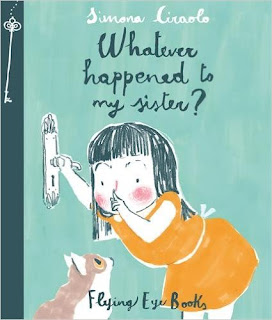 Whatever Happened to my Sister? By Simona Ciraolo
Utterly charming from the first glance, this is a subtle, complex and affecting story, carried off with great élan. 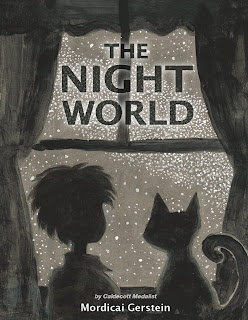 The Night World by Mordicai Gerstein
My reservations about some elements of the book design aside, this is a ravishing piece of work, and all the more remarkable for how much of its communication and meaning is purely aesthetic. This is a truly sophisticated use of the medium. 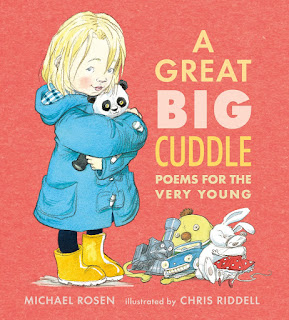 A Great Big Cuddle: Poems for the Very Young by Michael Rosen & Chris Riddell
A great, brisk, energetic intertwining of Rosen's verse and Riddell's illustrations, with great book design, makes for an immensely pleasurable object. The book's full of life, created with real care and imagination and, consequently, is quite hard to stop looking at. 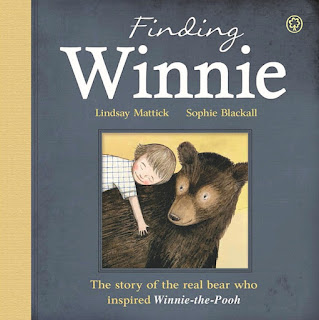 Finding Winnie by Lindsay Mattick & Sophie Blackall
This last minute entrant had to make it as my favourite of 2015's books, and perhaps rather deservedly is also the recipient of this year's Caldecott medal. Text and image weave an incredibly rich, multi-stranded tale of and about human relationships passing into story. It put me in mind of the humanity, vibrancy and textural breadth of a Milos Forman biopic. There's so much to savour here beyond the mere surface of the page, so do yourself a favour and dive in!

I'm enormously glad I took on this challenge because, while some of these books might have caught my eye anyway, a great many would have passed me by and I'd have been poorer without them.

There is such a breadth of picture books I can only have scratched the surface of those produced last year, and yet I still had a greatly varied experience. They're certainly not all about the same things and they don't all work in the same ways, and discovering the differences is amazing. Forcing myself to write about each of the books was laboursome at points, but the very process forced me to think about what I had read in a way that often altered or deepened my appreciation.

Had I the time, I would like to have explored non-fiction work I would consider picture books too. There seems to be a real concentration of effort in design and illustration in them at the moment, but I had run out of time before recording even my initial impressions. Thus, were I to embark on another similar challenge, I might only publish reviews of books that really struck me as special, but still try to read as widely while spacing the reading more evenly throughout the year.

If you've read this far with me, I hope I've made some interesting points, and please try some of the books above and let me know what you think.

Thanks,
Luke.
Posted by Luke Scoffield at 21:14