The Nonsense Show by Eric Carle 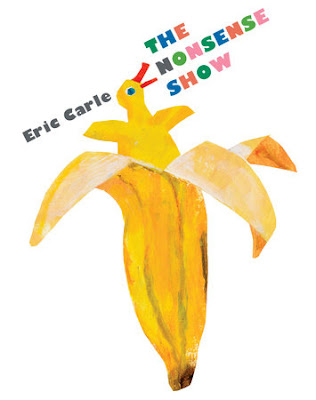 Published by Puffin Books. I think the latest book from veteran of the medium Eric Carle is favourably comparable to a book I reviewed earlier, A Great Big Cuddle. They are both compendiums of ideas, in logic and relationships, that are playfully illustrated. There's plenty of life in Carle's hand-prepared paper collage technique, and each double page is planned to provoke a response (usually by an odd juxtaposition or double-meaning) from a young reader. 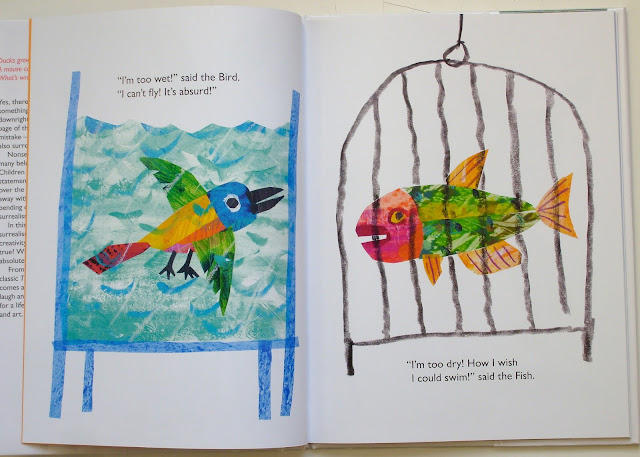 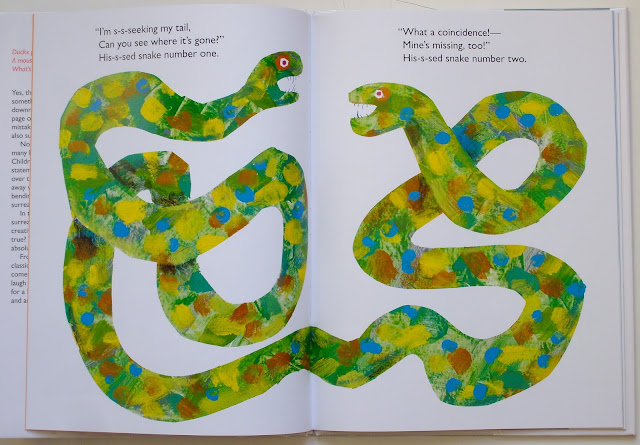 Hopefully the spreads above give a good idea of what the book offers. Eric Carle is once again standing at the gate of big ideas and looking through a child's frame of reference. 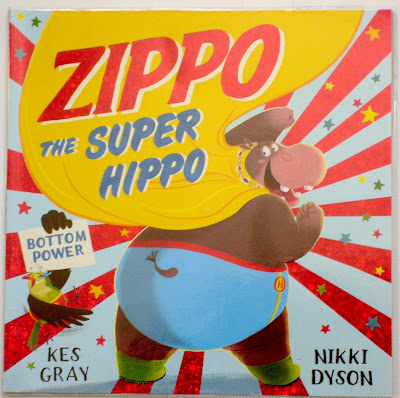 While we're talking nonsense, Zippo the Super Hippo can only really be taken as a bit of fun. Zippo wants to find his superpower, and after several failed attempts at flying, a big candidate is pointed out to him... 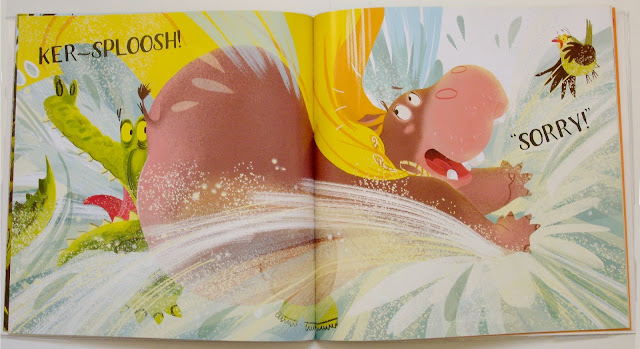 The humour of the story is centred around how funny you find squishing things with big bottoms, there's not much else than that going on. I'd be interested to know if the detail surrounding who gets squashed and in what circumstances was an invention of Dyson's or was in Gray's original treatment, because it suggests a moral dimension to the story that's never directly acknowledged by the narrative - and might have offered a more substantial direction for everything to go in. On Dyson's artwork, I have to say I think the character design is very good. 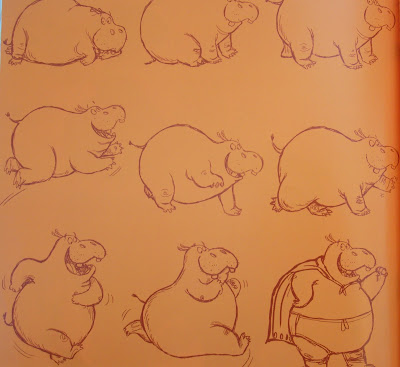 Her Zippo character sketches adorn the endpapers (conincidentally just like Eric Carle's sketches appear on the endpapers of The Nonsense Show), and with the expressive freedom of just line show up some of the limitation of the final artwork. Everything is nicely drawn, but the faux-print colour and texture that fills the space (such as in the spread above), makes the pages very dense and unnecessarily static. There's not much in the way of tonal differentiation. 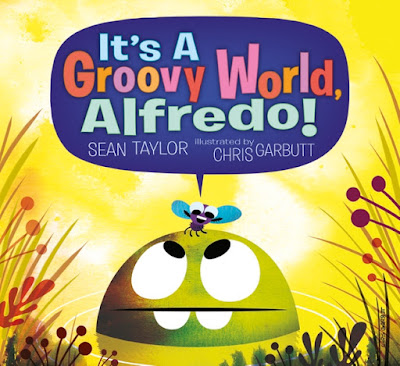 It's A Groovy World, Alfredo! by Sean Taylor and Chris Garbutt (Walker Books)

This is my second Sean Taylor book of the year (look out for at least one more). If you're interested in the illustrator's process for this book, please check out the link to Chris Garbutt's blog above. The book is executed in a very appealing cartoon style employing vector graphics with watercolour textures, and a lovely use of an autumnal colour scheme. The characters are brimming with life in every appearance, which really sells the comedy dancing disasters of the plot and illuminates Taylor's idiosyncratic text.

As with Hoot Owl, it is the humour and sense of character that keep things interesting, more so here as the narrative follows a very traditional structure and theme. Whereas Hoot Owl is enlivened by a sideways view of success, failure and personality, here Taylor takes the conventional route; the threat is social embarrassment and Alfredo thinks he has failed at the critical moment only to be met with acceptance by all his peers (for his originality). I find the moral admirable but not entirely truthful, but that's only my perspective. The structure is skilfully adhered to and plays out with plenty of character, so the book achieves its aims handsomely.
Posted by Luke Scoffield at 18:30