Tough Guys (Have Feelings Too) by Keith Negley 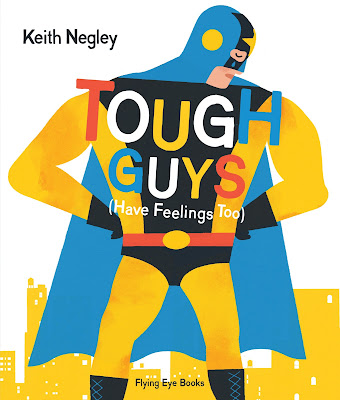 Another handsome book from Flying Eye. Keith Negley takes us through a series a prints (or pages in the style of), exposing the tender sides of manly men from superheroes to sailors, all through the lens of the paternal relationship and play, as evidenced by the final spread and endpapers. The stylised illustration is always graphically interesting, but never loses its essential expressive qualities. Each spread implies its own story, and the emotions of those involved can be interpreted as you read. 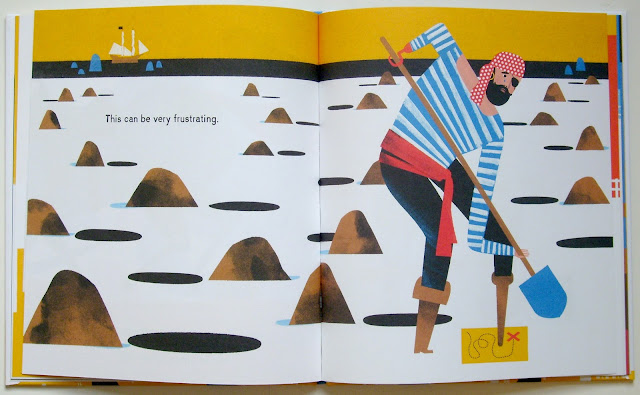 The book really makes the most of a simple idea and executes it with wit and sensitivity. It's a success all round as a work of art but for a young audience it can have real, specific value. 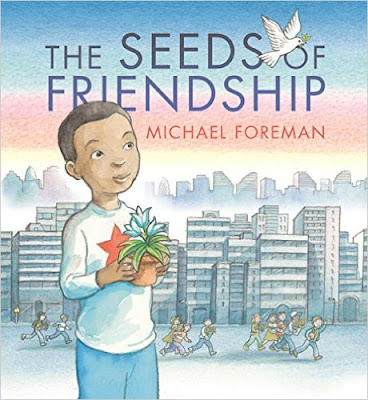 The Seeds of Friendship by Michael Foreman (Walker Books)

I've long been aware of Michael Foreman as a children's illustrator so I was interested to see what his latest book as author and illustrator might hold. It turns out to be quite fascinating, but not, I fear, wholly successful. It's a story of making friends in a new country and changing your environment, focused on Adam, who lives in a tall city tower block. Foreman's use of images is both astute and ambitious - he is reducing everything as closely as possible to symbols: children, animals, landscapes, flowers, to encode the story at its most basic level, and manages to retain texture and individual character. Part of the effect is his careful control of colour (predominant ones are blue, grey and green). 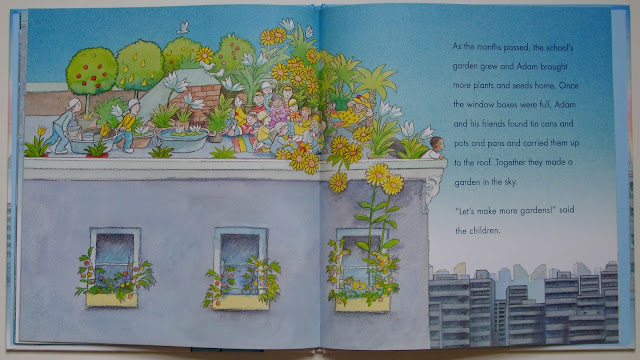 This displays great skill in visual storytelling, as every part of every page is communicating on a fundamental level, but you also risk reducing your elements to something insensible to the story. This isn't the case here, rather the artwork is pitched well and brings greater unity to a book whose narrative ("plot") is divided. The story switches to a different track two-thirds of the way through - and it is not unrelated, it can naturally branch from the ideas of the first part, but it is given so little development that you're left feeling you've missed something. The speed-conclusion leaves the book looking baldly rhetorical (and the prose doesn't help; forcing the title into the final line is heavy-handed, for example). Still, the images work away at the mind on a far more subtle level and go some way to having the effect I think Michael Foreman intended. I'd be happy to recommend this book on the mastery of its illustration alone.

Sidenote: Futura seems to be Walker's font of choice this year. 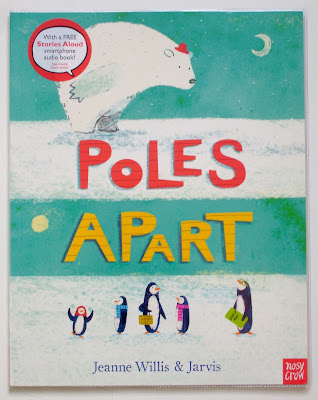 Poles apart is an interesting beast, from a well-established children's author and a relatively new illustrator. It concerns a family of penguins on the way to a picnic, who get lost and end up at the North Pole, where they meet a very kind polar bear called Mr. White. The rest of the story, in very rhythmic form, concerns their journey home across the world. It does seem that there's just a little more writing here than there need be, although it does offer some good jokes and character building through dialogue. The art is in a crayon style, rough-textured, and seems at its best between the polar regions when it characterises each of the countries the travellers pass through with a distinct sense of atmosphere. 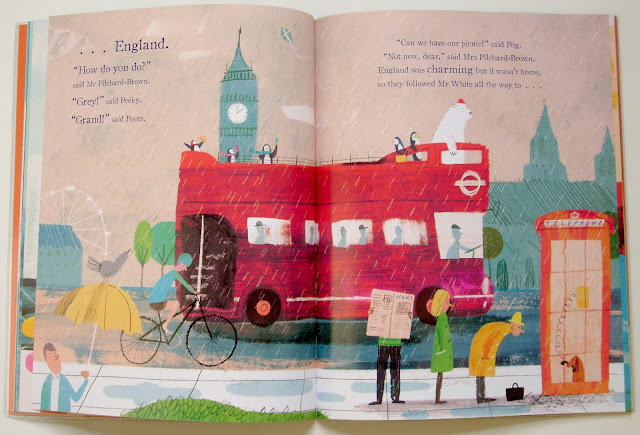 On a fundamental level, this is a very conservative book. Traditional family roles apply and there is repeated emphasis on the penguins and polar bear returning where they "belong". This extends to the pattern of words and images used to distinguish the different locales - each is stereotyped and given a signature adjective - putting it in its place. The ending bamboozled me, not least because I missed the last page on my first reading. It's on an even page, which it turns out is an unusual thing for a picture book - and frankly I was content with the open ending the penultimate page seemed to be offering. The final little bit of plot that leads to this is created by microscopic details on one panel of the spread preceding that, which fact I like for demanding close attention to work out the genesis. What the ending means for the book changes from page to page - if you left off like I did just before the end it is a different book. As it is, it ultimately reinforces its worldview. 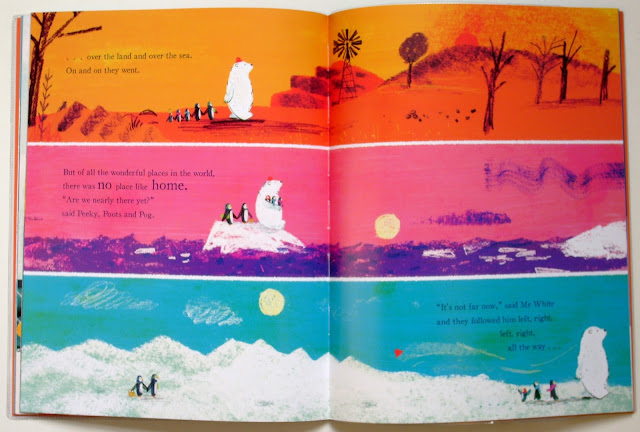 In the end, Poles Apart is an entertaining book and enjoyable for its sense of colour, detail and character.

Note: This book comes with a free audiobook, if you have a device that can read the QR code inside the front cover.