By coincidence, or perhaps intuition, I picked up two books to read concerning the arrival of the sunrise. They make such a good pair, and offer some interesting things to discuss by comparison, that I'm going to dedicate this post to the two of them. First:


How the Sun Got to Coco's House by Bob Graham 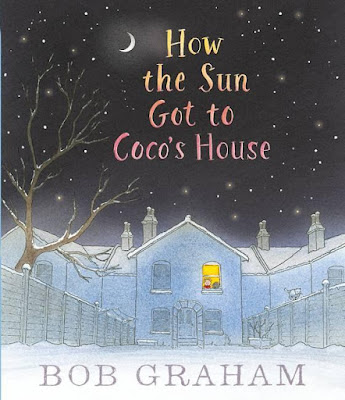 Published by Walker Books. "It had to start somewhere," begins the text, thereby ensuring the plot is encapsulated by the title. We follow the sunrise as it travels from the Arctic Circle to Coco's house, touching many places and people, and by taking that approach it can be about what the sunrise means.

How does Graham achieve this? His free and seemingly casual line-drawing style is actually carefully composed, economical while being detailed, and expressive. Each character, human and animal, has its own life and this is achieved with really stunning brevity. He increases the intimacy by naming characters in the text though they appear only fleetingly. He focuses constantly on the quality of light, both by poetic use of language and the concentration of the colour yellow. For an example of his techniques at work, take for example this double page spread and how much it implies with so little drawn detail on the page. 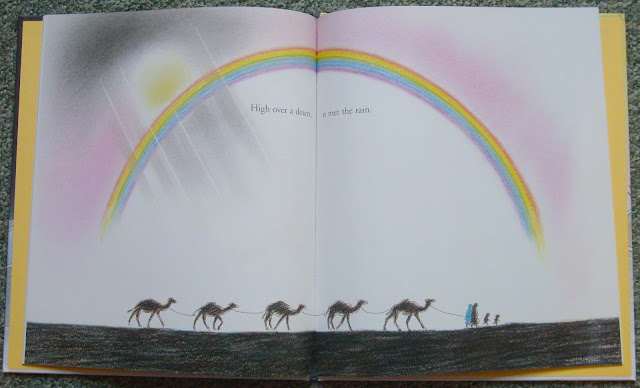 The little moments of which this book is composed flow into the story of a wide, connected world quite naturally, which is a considerable achievement.

The Night World by Mordicai Gerstein 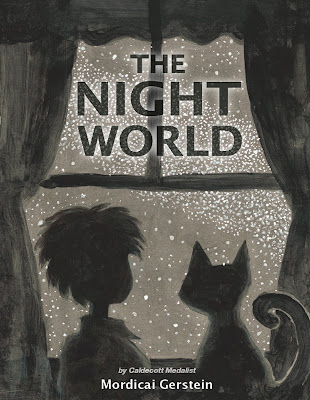 Published by Little, Brown and Company. The Night World is so simple and so compelling I keep coming back to it. Its plot is simply that of a boy being compelled outside at night by his cat - where the world is transformed by shadows - to await something which turns out to be the dawn. So much of the weight of meaning in the book is given to the illustration that the text seems almost superfluous. This isn't a criticism (it does contribute); I mean to emphasise the mastery of craft on show.

Mordicai Gerstein's ink and acrylic paintings aren't concerned with representational accuracy (which might concern some), because they are all about expression and atmosphere. This is fully embraced in shape, tone and colour and beautifully judged throughout. See how the suggestions in this spread are all created by how the space is filled (and the relationship of tones), rather than how the space is left empty in Bob Graham's. 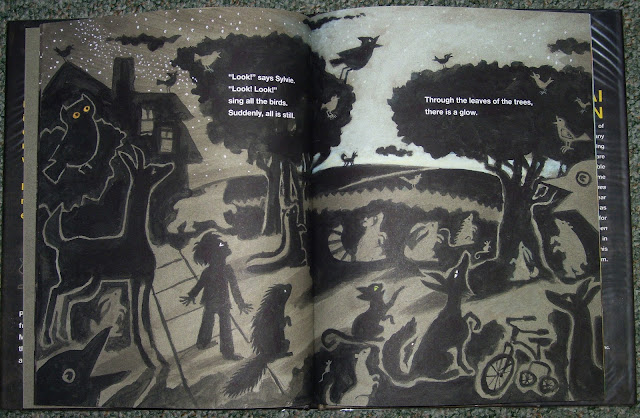 More than just representing qualities of light (and shade), Gerstein is using his colour plan to evoke the sensory experiences of night and dawn. This becomes the total effect of the book, and it's almost palpable. The focus is on sense, perception and wonder, and the final spread is, narratively and aesthetically, a stroke of genius.

These books are both masterfully constructed, and I don't hesitate to recommend them for their intended audience or anyone interested in illustration.

An addendum on covers and book design: Coco's covers bookend its story, which only increases the reader's involvement and the sense of pace. They are well designed to accomodate author, title and barcode. The Night World's covers boast two appropriate illustrations by Gerstein, but he hasn't left natural breathing space for the necessaries. This extends a challenge to the designer who has, sadly, not done very well. The typography looks cheap, by odd placement, unsympathetic typeface and effect (the translucency and outer glow applied to the title). On the back cover the barcode is especially glaring. It's a shame this is the weakest aspect of the book, because great as it is, this is the first thing anyone sees and the amateurish design makes Gerstein's naive paintings seem part of an inferior work. They're not. In short, a good cover is an invitation; The Night World's is confused, so make sure you open it right away.
Posted by Luke Scoffield at 19:52

Email ThisBlogThis!Share to TwitterShare to FacebookShare to Pinterest
Labels: 2015 Picture Book Challenge, Bob Graham, How the Sun Got to Coco's House, Mordicai Gerstein, The Night World