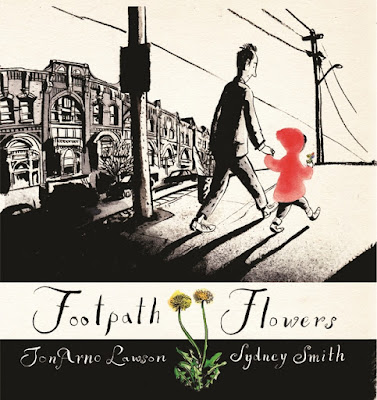 Published by Walker Books. A fascinating wordless book, and probably one for older readers as it uses detail and palette change as an intrinsic part of its meaning, consisting only of small, subtle actions and touching on sensitive issues. 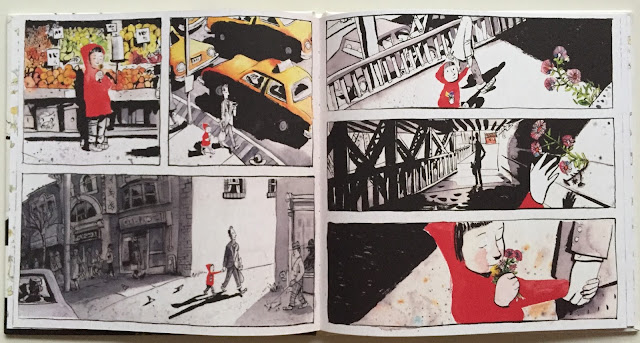 Once read, the art style and colour plan of the book can be seen to have been carefully chosen to express its intent. It employs an old visual cliche of a "colourless" world (an urban one at that) that is progressively alleviated by colour, but the use is so poetic and heartfelt that it earns its effect. The book is well laid out and crammed with important detail, because the details are important. An aesthetically and emotionally touching book. 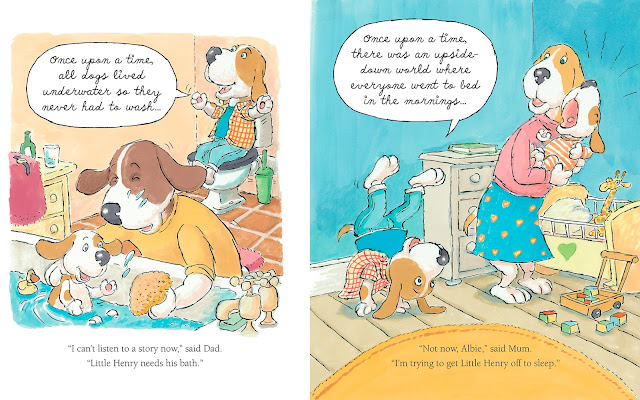 Albert and Little Henry by Jez Alborough (Walker Books)
A very conventional story about the effect of the arrival of a new baby on his brother. Jez Alborough's art isn’t quite up to making the best of the story; there's no real refinement to the colour choices and his draughtsmanship is at risk of losing cohesion at points, when it comes to anatomy and expression (look out for some uncanny stuff going on with the dog-people's eyes). Still, overall it works and for a glorious moment looks to be heading off into interesting territory when it  interprets an emotional situation as a physical change. Sadly this is quickly reversed with a very conventional resolution. I know if that transformative idea had been the core of the story rather than an embellishment, I would have been much more involved. 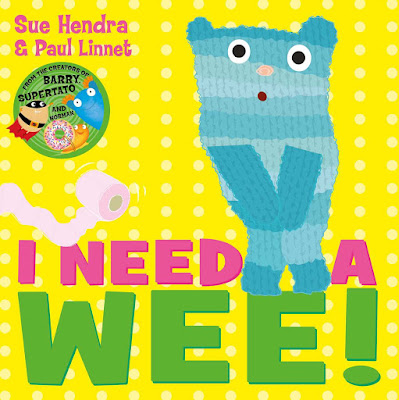 I Need A Wee! by Sue Hendra and Paul Linnet (Simon and Schuster)
This lurid urinary tract may have an underdeveloped use of colour and tone in its illustration, but is good on character and layout. It conjures up a convincingly detailed world of anthropomorphic toys (down to the need to wee) and there’s quite a lot of fun to be had in its eccentric, irreverent humour. The book will probably be no use in toilet training given how it pays off, but it should at least make the topic of micturation approachable (indeed unavoidable once you've seen the cover!)
Posted by Luke Scoffield at 10:25