2015 Picture Book Challenge: The Princess and the Pony

The Princess and the Pony by Kate Beaton 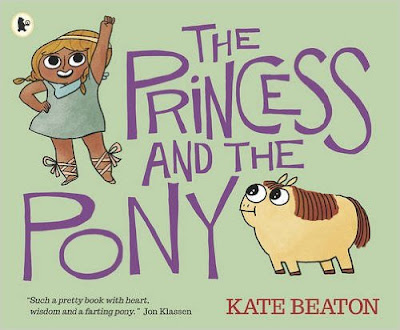 Published by Walker Books. In a kingdom of warriors, Princess Pinecone wants nothing less than a warhorse for her birthday - but she gets a cute little pony. This is a charming story, rich in character and comic detail. The illustration carefully bridges design from ancient civilisations (through pattern, line-work and colour) with something more contemporary. I think a good example of this is in the page below, where the evocative design and line-work of Otto also accomodates gooey eyes and love hearts. 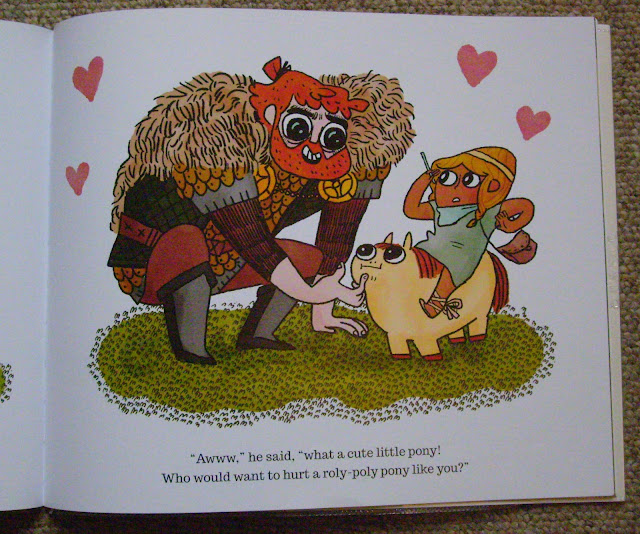 Enquiring along this line I think we come to the crux of the book. The story hinges on the pony's cuteness; it's a comic twist and one in meaning, reliant on Kate Beaton's ability to draw a pony that is both adorable and hilarious. In this way, The Princess and the Pony places cuteness in the context of subversive comedy and brings it all off with sincerity. 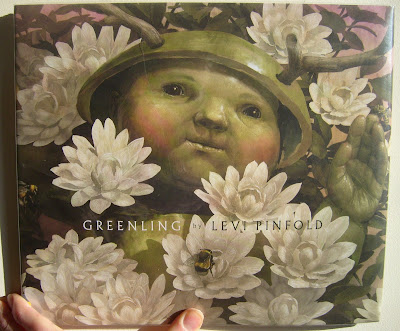 Greenling is a tale in the tradition of folkloric magical plant-children. The Greenling grows in an outlet pipe and is taken home by a middle-aged husband in modern day Australia. The real allure of the book is the painstakingly detailed paintings Pinfold has created, exhibiting a great sense of form, light and sensitivity to colour. Bearing in mind how closely he approaches photo-realism with landscape and inanimate objects, his humans (and a dog) are uncomfortably stylised, with their anatomy and posture sitting unnaturally.

This may be incidental or an intended effect of the story, as it concerns these characters' removal from nature and natural cycles. Verse accompanies each painting, and it is at times rather formal and a bit clumsy. The real pity is that both text and image fail to engage with the drama of the situation, and instead dissipate into a vague sense of mystery (and righteousness), leaving the story stopping dead without a proper sense of development. However, it remains an interesting book with its own ideas. 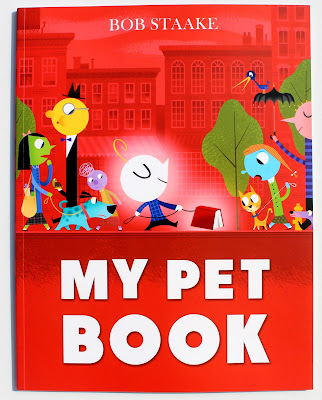 My Pet Book isn't a book of pets, nor is it a book about books, but I'll come back to that. The first thing to say, with the striking cover image above this, is that it is attractive and well designed. It shows mid-Twentieth Century illustration and animation influences with its use of clean, dynamic geometric shapes and selective textures. Staake uses lots of details and lots of colour, and all credit to him for pulling off spreads that busy that are still eminently readable. 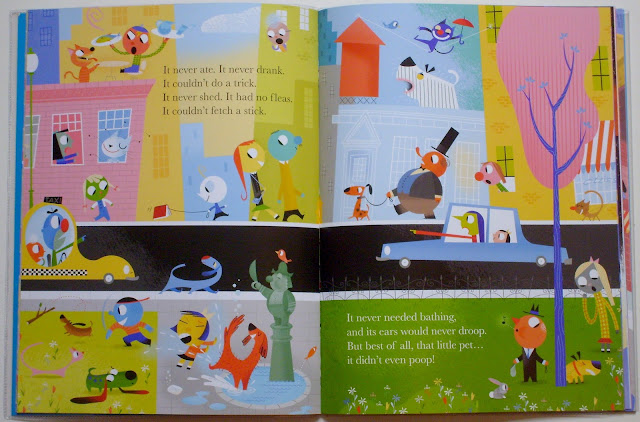 Despite the fact he makes these dense pages work, I think his best work comes about when his focus and palette narrow. There is more breathing space, and the drama in enhanced, as in the spread below. 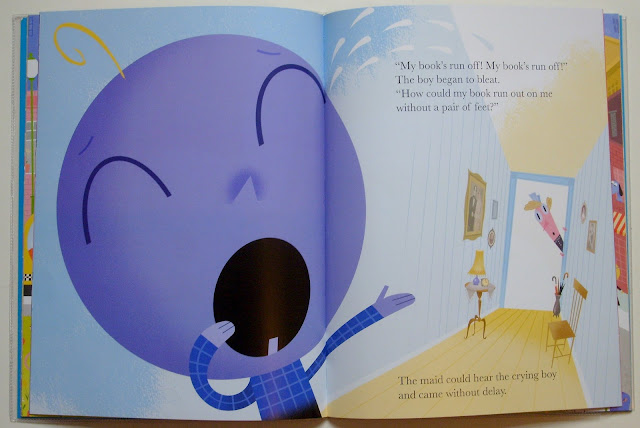 I really do like the illustration, but I'm far less certain on the story. A boy wants a "pet that's easy!" so is bought a book as one. After the initial bout of situational comedy in comparison to everyone else's living pets has run its course, Staake seems to make a late consideration that someone might love a book for its content and puts in a token spread to that effect. Any significance this aspect of the relationship might have had seems to be undermined by the course of the rest of the story; the book is misplaced. The boy wants to find it, but why? He wants it as an object and as a possession. Add to this the fact that the family has a maid (who is the only active relationship the boy has with another living being) and I find the whole thing increasingly distasteful. "They drove back home, the three of them,/ the pet book checked for wear./ The boy was quite relieved to find/ not one torn page was there." seems to prove hollow "how a book could bring such joy./'Because every book's a friend!" This little boy's parents have seen to it that his friend isn't a messy, unpredictable living thing, nor even an imaginary character, but a purchasable item.
Posted by Luke Scoffield at 19:51