2015 Picture Book Challenge! : Whatever Happened to my Sister?

I've set myself the challenge of reading as many of this year's new picture books as I can get hold of (through the public library), with the aim of having a list of recommendations by the end. This seemed less ambitious in July, but here I go... I think I'll post updates featuring a book that really impressed me and run down the other titles I have read. To start, the impressive:

Whatever Happened to my Sister? by Simona Ciraolo 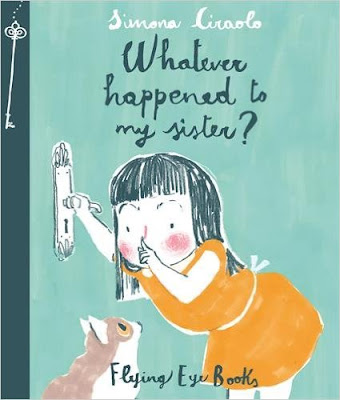 Whatever Happened to my Sister? is published by Flying Eye Books, a division of Nobrow Press, and if you're familiar with their output, this is as handsome and well made a book as you would expect. The cover in particular caught my eye with this one, but it's only just occurred to me the layer of significance given to the key along the spine edge with the younger sister's hand on a lock. The book is both detailed and subtle in this way. Simona Ciraolo deploys wonderfully expressive character illustration, and carefully-controlled colour design to great effect throughout. 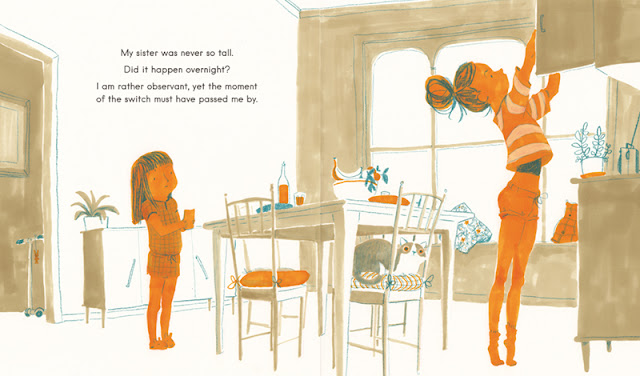 The illustration looks effortless, which is just a mark of its skill. There is greater sensitivity to space, colour, the graphic line, a greater evocation of texture and volume (with economy) than many artists can muster, indeed greater than any other book I will mention in this post. 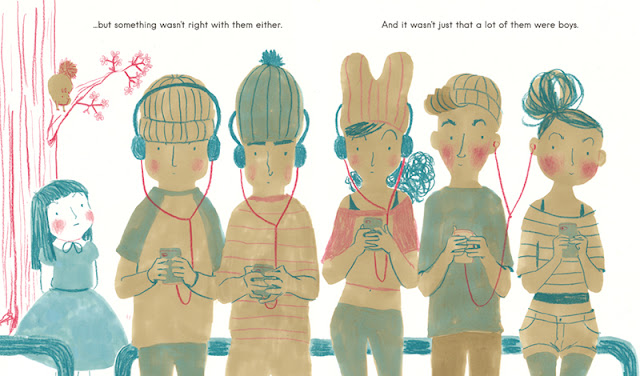 The story is about a young girl in near agony over the changes that have come over her older sister, her best friend. This is not just something sinister, it's puberty, which adds a rather nice layer of dramatic irony for any adult reading the book, told as it is from the younger sister's point of view. The tale unfolds steadily, filled with warmth and humour, reaching a very poignant and truthful destination. It cleverly saves the full extent of its revelation for the last page, which is just another reason to love it.

I can't recommend the book highly enough. I want to see more of Ciraolo's work (I'm keen to track down her previous picture book Hug Me, about a cactus) and I'll be keeping abreast of everything else Flying Eye is putting out.

Lili deserves a special mention for all its well-executed visual gags and its sense of momentum. Unfortunately these qualities are somewhat let down by an abrupt, conventional plot resolution that doesn't really pay off the irreverent and inventive content of the preceding pages. The style of the illustration is spare and loose, perhaps to the point of being too underworked for some tastes. 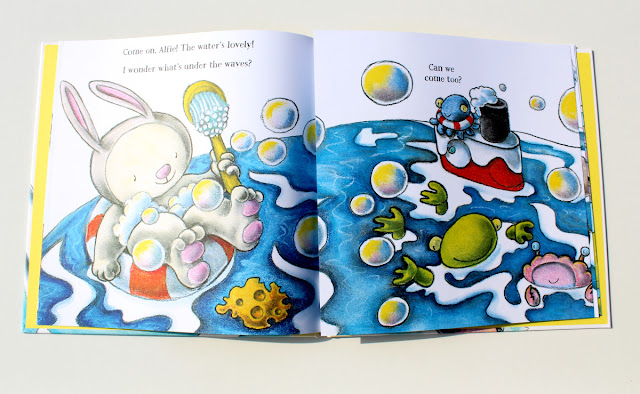 Alfie in the Bath by Debi Gliori (Bloomsbury)

Alfie in the Bath falls into the domestic situation genre of picture book, as the title might suggest. The character does appear in further books, so maybe his being an anthropomorphic rabbit contributes more there, but here it just dilutes the impact of the anthropomorphisation of his bath toys in his imagination. The story is simple and true, so I'm sure it will work well for its intended audience, but I find the illustration overbearingly cute, there's a fold-out page which doesn't seem to work narratively because it confuses the text order, but most of all, the water is drawn with such thick lines and so densely coloured that it neither seems to represent the physical qualities of water nor the mystical ones that so inspire the imagination.