Hello, it's been a while and yes, it's nearly mid-July, but here we are...

In this roundup, some quick thoughts on films, updates on my let's play activities and some recommendations. 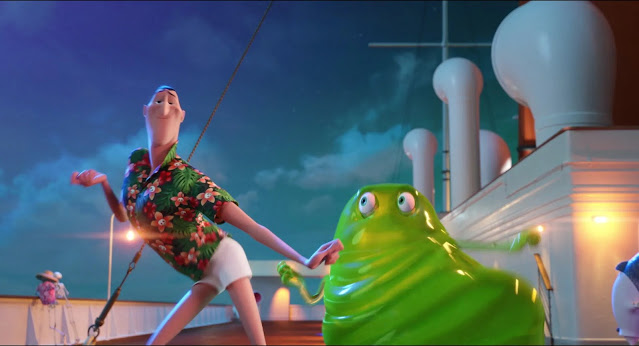 I have, indeed, watched some films. I experienced Hotel Transylvania 3 again and still think it's the best of the lot. I've seen Hotel Transylvania 2 more times than I would naturally have chosen to and the change in elasticity of the animation from 2 to 3 is pretty astonishing. It's so much more fluid and I'm going to say more fluid than I've seen in any other CG feature so far. Director Genndy Tarkovsky was continually pushing the envelope there with each iteration (and co-wrote the best story of the three [despite making me think again about the Costa Plonka]), but sadly it looks like the upcoming sequel Hotel Transylvania: Transformania is taking a step back technically. As Tarkovsky is not directing, I'm not particularly surprised. The climax of the 3 works particularly well for me. I do so wish I'd been able to see it in 3D. 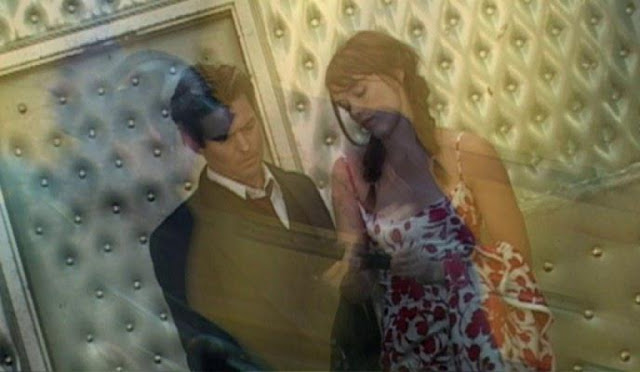 My other note would that I've been recently been delving back into a bunch of Hal Hartley films after receiving the Blu-ray boxset of The Book of Life, The Girl from Monday and related shorts. I'm working on a longer piece about these and other films. The short version is: they're well worth your time and if you're looking for thoughtful, funny and idiosyncratic films, I highly recommend them.

Is this becoming a regular section? This roundup's discovery of note is without doubt Skyrealms of Jorune, a science-fantasy roleplaying game that had three editions between 1984 and 1992. It's not an overwhelmingly original setting - humans on an alien world where science is magic - but comes with a potent thematic core: it is, as far as I can tell, about immigration. Player characters are immigrants to Jorune, hoping to become Drenn, citizens. Even the tagline to the game is "Leave your world behind." It's very much a post-colonial (and pushing toward trans-humanist) setting, and there's a lot you could explore with that in today's world. 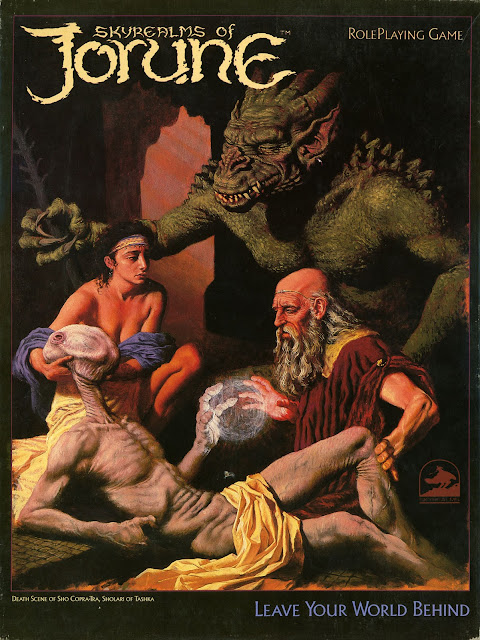 Besides being a TTRPG with ideas, it appears to be particularly rich in the details of its fictional world, written by Andrew Leker and vividly brought to life by artist Miles Teves, who has gone on to work as a concept artist in Hollywood with an emphasis on creature creation. The illustrations for Jorune (particularly 2nd edition) are extraordinary, with fully realised alien species in Renaissance-style paintings and highly detailed monochrome drawings.

Skyrealms of Jorune is, sadly, long out of print, although it appears to have had a small and dedicated fanbase. Andrew Leker moved into video games and his first project was an adaptation of the Jorune setting, Alien Logic, although this appears to jettison most of the interesting core around which the concept works in favour of a more traditional adventure story and seems to suffer from a lack of resources to realise Jorune as a living, breathing world.

And I'm trying out streaming games on Twitch:

I've mainly been picking early adventure games to play (as they're undemanding on my hardware) and great for playing with the audience. Now I just need the audience.

I've been collecting the VOD versions of the streams on Youtube:

Mystery House is complete, but I'm a little behind on updating the VODs.

My current adventure game is Wizard and the Princess, the second Sierra game (by Roberta and Ken Williams) and probably the second graphic adventure ever. I'm playing with a live window for map making/note taking and really would appreciate any help anyone can bring. Seriously, I spent one hour- and-a-half session turning over rocks. Follow me on Twitch if you'd like to join in when I next go live.

I've fallen down a few rabbit holes researching interesting and obscure games. I've become fascinated by The Magic Candle series of RPGs; their atmosphere, their mechanics, and would highly recommend this ongoing let's play series of The Magic Candle II by getinthedamnbox - it's calm, clear and elucidating.

And they put me on to Leigh Alexander's short Lo-Fi Let's Plays, which are a much more interesting way to use this particular medium than I've seen almost anywhere else. Go check 'em out.

I'd like to recommend All Sorts of Things from Brendon Connelly. It's an engaging mix of puzzles, fiction, film tidbits and, in the most recent edition, a 138-word RPG! Brendon also mini-blogs The Daily Detective, both on his Twitter and Tumblr.

Thanks for reading!
Take care and see you next time.
Luke
X
Posted by Luke Scoffield at 18:13